Posted on December 10, 2018 by NadineMarie (Aligning With Truth)

I knew right away that it had something to do with my mother wound. Issues with my mother and female figures in my life. The imbalance in the energies of giving and receiving.

That’s not rocket science to figure out.

Even before the results of the mammogram or also of the biopsy, benign or malignant, I knew what the lump in my left breast represented.

Breast symbolizes nurturance; Left represents our feminine side, our receiving side.

My mother didn’t nurture me. In fact, she rejected me — for my appearance, the color of my skin, my gender.

My birth and the unwelcoming response that I received from my mother — and which eventually cascaded to the rest of my birth family — was only the beginning of decades-long relationships — particularly with my mother — characterized by rejection, passiveness-aggressiveness, manipulation, secrecy, and betrayal.

This post and previous or future ones on the same topic are not aimed at blaming my mother or my family or anyone else for the circumstances in my life — especially the recent breast cancer diagnosis.

I’m not passing the responsibility of the unfolding of my life to others. I AM in charge; no one else is.

Knowing the emotional root cause, though, is an essential step in identifying the unhealthy patterns that led to the formation of the lump, to break them and release the energies that continue to be stuck.

[As I wrote in my earlier post, in Traditional Chinese Medicine, lumps and tumors are congealed blood representing stuck energies, aka stuck or repressed emotions.]

Bringing increased awareness to such destructive patterns helps break them and create new ones.

Oh, it isn’t only now that I’m creating new, healthy patterns. I already have, over the years.

Apparently, there are still residual energies that need to be unleashed — as what the diagnosis of breast cancer brought to my attention.

To peel away another layer. 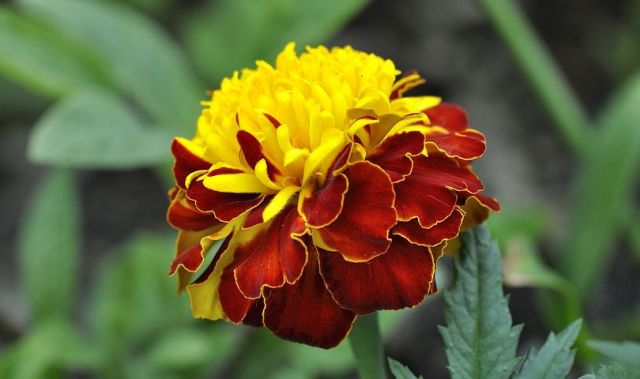 Looking for the nurturance in other women

I spent my life looking for the nurturance in the women in my life.

I did all the ways that I could to have that loving, supportive, nurturing mother-daughter relationship — to the point that I had sacrificed my personal happiness.

I deprived myself of the dignity and respect. Of the love and nurturance.

Ironically, what I was looking for — the love and nurturance, the unmet needs in my childhood that I was attempting to satisfy were precisely what was not accorded me in all my attempts to have them — be it with my mother way into my adulthood or the other women in my life.

I attempted to re-create that mother-daughter relationship with my female friends only to end up with the same results — being treated with less respect.

Not being honored and supported.

I looked for my mother’s love in all my female friends.

But the very kind of bond that I was running away from — the bond that’s remiss of genuine care and compassion — was the exact energy dynamics that was depicted in the relationship that I found myself in with my female friends.

Not surprisingly, the women who I had been attracting had similar energies as my mother. Our interactions would follow the same pattern as that of my relationship with my mother.

What I detested in my relationship with my mother was what I got; what I was looking for, I didn’t get.

Imbalance in Giving and Receiving

There was a huge disparity in my giving and receiving.

If you’ve been following this site, I’ve talked about my rescuing tendency as a pattern that was so deeply ingrained in my psyche. It was my driving force in my endeavors, relationships, and interactions.

I was giving and giving in the hope that I would be valued, appreciated, and paid attention to.

I was giving selflessly believing it was most noble to do so, but I neglected myself.

Just as my mother had neglected me.

Quite naturally, because I didn’t know what my boundaries were in giving, I also had not clearly defined for myself my boundaries when it comes to receiving.

As I gave and gave to others, I also received and received — even if the energies weren’t healthy.

Whatever attention that I was given, I accepted them.

Even if they were crumbs.

I settled for less.

I allowed the energies of abuse and disrespect to permeate every cell of my being.

I had a very poor concept of the self. Low self-worth. Poor self-esteem.

I didn’t know how to receive compliments and praises. I rejected them believing it was humble to do so. False humility at its finest!

Ironically, I didn’t believe I deserve to be recognized, appreciated, and acknowledged when acceptance and appreciation were the very things that I did not receive since birth — what I had been looking for from others and through external means.

I sure was conflicted!

It wasn’t until I was 37 — in 1999 — when I became aware that I was an abused child. Of how abusive and dysfunctional was the home and family environment in which I was raised.

I attended the “Reparenting the Child Within” workshop, the very first personal growth workshop that I ever attended.

I learned how severely wounded I was as a child!

Thus began my relationship with my little Nadine — probably my most significant relationship.

All my core issues were brought to my awareness. It was the beginning of what would be a life-long journey of healing, growth, and transformation. Of peeling away the layers until I arrive at my ‘true self.’

Until my essence and innocence that had been concealed are finally revealed.

Until I AM reunited with my Divine Self.

Until I come home to the Self.

Saying no to the abuse

The most challenging part of my journey of self-love was, not surprisingly, saying no to the abuse in our family — finally — and which took me several years — and courage — to do.

I saw it as something that needed to stop. I refused to perpetuate it; I no longer wanted to be an enabler.

I didn’t want to participate in the Karpman Drama Triangle anymore — the energy dynamics found in abusive families and home environment.

The caregiving and caretaking role that I played with my brother when he suffered ruptured aneurysm in the brain due to drug abuse was what opened my eyes — finally — when he started to take out his frustrations and repressed anger on me, abusing the kindness and care that I accorded him.

I no longer wanted to play blind or deaf to the reality of our family situation. I’ve written about that episode extensively on this site some of which are here and here.

I was the only one in our family who was willing to make such a choice. A courageous, non-traditional, unpopular choice.

The choice to love one’s self more than others. The choice to take care of one’s needs before another’s — even if they’re one’s family.

It was a choice that is unheard of especially in the Philippines, my country of origin, where valuing family is at the crux of one’s very existence — a value that’s reinforced by the misleading teachings of the Catholic Church.

To go against one’s family, to turn one’s back on one’s family would be met not only with much disapproval but grave condemnation!

What I had been seeking from my birth family — the approval and acceptance — was the very thing that I knew I wouldn’t be receiving with my decision to break away; it’s the opposite, in fact.

But I needed to follow the inner promptings of my Soul — promptings that have long been lurking but which I chose to ignore for fear of treading unknown territory.

For fear of being ostracized because I’d be going against tradition and society.

For fear of being alone. With no family — and eventually, no friends. No support.

But I chose to be guided by my Truth nonetheless. I chose the path few would tread.

A path which included choosing to be estranged from my family of origin — and feeling like a stranger in my birth country and disconnected from society.

Thanks to the breast cancer diagnosis, I’m staying committed to embrace my uniqueness and live my Truth.

To no longer repress any feelings and emotions.

To not be afraid and continue expressing myself — freely and respectfully — as I assert my rights and enforce my boundaries.

To be ever mindful that I stop looking externally for validation.

To nurture myself and give the love to myself as I give love to others — being mindful that I give to and receive from only those who honor, value, respect, and love me.

And to be filled with much gratitude — despite the breast cancer diagnosis.

About NadineMarie (Aligning With Truth)

I find much joy & fulfillment in sharing my experiences & insights through writing & blogging. I created the site, ALIGNING WITH TRUTH as a virtual center for healing where I share my thoughts & reflections, as well as the tools & resources that are helping me as I move along the path of awakening & coming home to the Self. As I live in joy & align with Truth, I AM shining my Light which is how I contribute to the planetary & humanity ascension. Brightest & Magical Blessings!!! Om Shanti. Namaste...💗💖💜Nadine Marie💜💖💗
View all posts by NadineMarie (Aligning With Truth) →
This entry was posted in Healing, Health & Wellness, Spirituality, Womanhood and tagged abusive family, breast cancer, childhood and family wounding, compassion, health, heart chakra, inner child, journey, Life, musings, personal, reflections, spirituality, thoughts, throat chakra, truth. Bookmark the permalink.