Returning To My Roots & My Rescuing Tendency

Posted on October 9, 2015 by Nadine Marie (Aligning With Truth) 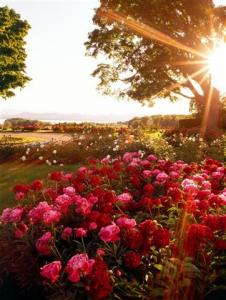 2010 was a significant year in my journey.

It was the year when I returned to the Philippines, my country of origin after a four-year sojourn in Northern California.

I was to set up my healing practice. I was to build — finally — my long-held dream (since 1999) of a healing center.

I was dead-set on accomplishing these plans. It was going to be my next step.

I was ready to embark on my next calling in the healing arts after a 16-year flourishing career in the IT industry during which time I lived an imbalanced life and wasn’t taking care of myself. An illness — vocal cord paralysis following thyroidectomy — became my wake-up call in October* 1998.

After I left the corporate world in October* 2000, the years that followed were focused on healing myself. I focused on what would be a life-long endeavor of re-parenting my Inner Child that I discovered — in October* 1999 — was severely wounded. I wrote about that here.

This unceasing desire to look into my issues developed into a strong pull to help heal others.

I studied and trained in various healing modalities, but I was a reluctant healer. No surprise there. The world of business and the healing arts are, after all, from opposite poles.

Being my brother’s caretaker beginning October* 2003 after he experienced ruptured aneurysm due to drug abuse sealed the deal. I felt fulfilled like never before. I heeded the call to be a ‘full time healer.’

I was also at the time unknowingly deep into my rescuing role. 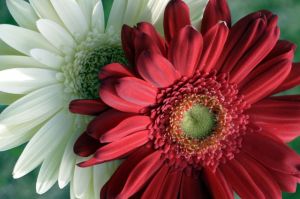 I’m so grateful for my caregiving experience and how my brother miraculously recovered. Sadly, though, he started taking out his anger and frustration on me as he was getting better which I wrote about here.

I started saying no to the abuse for the first time. Given the recurring theme of abuse in our family, it was a breakthrough for me! I started asserting myself and my rights to my family of origin.

It eventually led to the beginning of the end of my caretaking days and rescuing tendency. It was also the start of my distancing myself from my family of origin — a decision, a gesture that I thought would also automatically mean the end of my being a rescuer.

I began focusing on me — no one else.

I earned my healing credentials — the main purpose of my pursuit of higher education in 2006.

I completed an MA in Consciousness and Transformative Studies with a specialization in Healing and Consciousness at JFK University. It was time to take my journey to the next level — start helping others heal as a career.

After all, isn’t that how it works? We work on ourselves first, and when we’ve learned and healed enough, we help others with what has helped us heal. You know, pay it forward.

Well, not quite. Not according to the cosmos and other unseen forces that derailed the manifestation of my plans.

2010 was the year when Chiron transited in the sign of Pisces. I had no idea that it was going to set the stage for what would be a most transformative phase in my journey — my Chiron Return that started in March 2013.

I’ve shared quite a bit about Chiron Return on this site. We experience it when we reach the age of 50, or thereabouts, 49 to 51. It is when Chiron “returns” to its natal positions — house and planet — in our astrological chart. 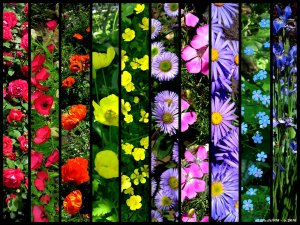 Chiron represents our core wounds. Chiron Return is when our wounds and issues resurface for us to come to a resolution.

When we’ve attended to our wound prior to our Chiron Return, we come to a deep sense of completion with our wound. We make peace with it. We find the gift — and focus on it. And how we flow with the energies during this phase determines how the next half of our life will play out.

“As we heal, so the world around us changes, not because we have set out to change it, fix it, or get rid of the things we do not like, but because we see things differently. In short, as we heal, we increasingly see things from the eyes of love. This is the ultimate gift in the wound. Surely, this is a journey worth pursuing.”

As I’ve shared in previous posts, Chiron is in the sign of Pisces and my fourth house in my natal chart.

Pisces is the sign of martyrdom. It is associated with empathy, sensitivity, compassion — traits that make the individual want to heal, help and be of service to others. When out of balance, there is the propensity to rescue — to the point of sacrificing one’s self and one’s well-being. Martyrdom at its finest! 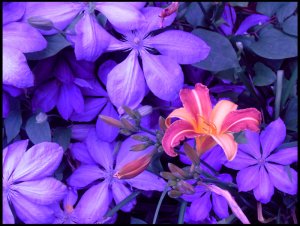 The fourth house is associated with our roots and origins, home base, family in general, childhood upbringing, the environment we were raised in, father image and relationship to the real father. The opposite house, the tenth, is associated with the mother. Others say it’s the other way around. Either way, both apply to me. My deepest wounds stem from my relationship with both my father and mother.

When I came back to the Philippines in 2010, little did I know that I was being prepared to come back to my core wound. A wound with which I thought I had already done enough healing — enough for me to now be a ‘proficient healer’ especially after going through the necessary preparations (of healing myself) and earning the appropriate credentials.

Apparently, there was more unraveling of what’s deeply buried — still. More peeling away of the layers. This, instead of, or before setting up my healing practice and center.

I needed to return to my roots. My origins. To revisit my core wound that’s rooted in my relationship with my family and country of origin — for deeper healing and greater clarity and understanding.

Coming back helped me piece together how my core wound and issue of unworthiness led to my rescuing tendency, how that ties into my long-held dream of a [physical] center for healing, and why it has been so elusive. I became clear why it hasn’t materialized — not in the form, at least, that I had been envisioning it.

And perhaps it never will.

(*October is a significant month for me. My deceased father’s birthday is October 1; my brother’s birthday is today, the 9th. My relationships with these two male figures have been the source of some of my greatest learning and healing in this lifetime, some of which I’ve written about here, here, and here.)

I find much joy & fulfillment in sharing my experiences & insights through writing & blogging. I created the site, ALIGNING WITH TRUTH as a virtual center for healing where I share my thoughts & reflections, as well as the tools & resources that are helping me as I move along the path of awakening & coming home to the Self. As I live in joy & align with Truth, I AM shining my Light which is how I contribute to the planetary & humanity ascension. Brightest & Magical Blessings!!! Om Shanti. Namaste...💗💖💜Nadine Marie💜💖💗
View all posts by Nadine Marie (Aligning With Truth) →
This entry was posted in Healing, Inspiration, Spirituality and tagged childhood and family wounding, Chiron Return, family, healing, inner child, inspiration, journey, Life, musings, personal, reflections, rescuer, rescuing tendency, setting boundaries, spirituality, thoughts. Bookmark the permalink.

4 Responses to Returning To My Roots & My Rescuing Tendency